One of Ms. Ortega’s most noted attributes is her passion for volunteer work and being a strong advocate of civic improvement. As a participant in numerous non-profit organizations, Ms. Ortega strongly believes in giving back to the community.  She donates her time, talents and skills by serving as a director on various boards and committees; and leading construction projects, political campaigns, organizing fundraising gala events and golf tournaments.

Ms. Ortega also donates her time and skill in photography to assist these various organizations, as well as with her professional knowledge in real estate, accounting and business management. Ms. Ortega’s background, experience, volunteer efforts and commitment to San Diego and these organizations throughout the years have benefited many people and touched many lives.

As a member of the community, Lupe’s goal is to help others have a better way of life.

Listed below is an extended list of organizations in which Ms. Ortega currently volunteers or has volunteered:

Ms. Ortega worked very hard to attempt to save the Quonset Huts that existed on the UCSD campus and relocate them to be used as shelter for the homeless and/or farm workers, as per publications noted:

Ms. Ortega’s background, experience and commitment to San Diego and these organizations make her an exceptional realtor, Ms. Ortega takes pride in providing honest, accurate, professional and expedient service with high integrity. As a member of the community, her goal is to help others have a better way of life.

Ms. Ortega’s accomplishments in the field of photography were featured in a commercial showing, which exclusively featured Ms. Ortega’s photos for a period of 30 days.  Some of these photos were published in Photographer’s Forum – Best Photography Annual 1999.  She assisted in the writing and the Spanish translation of PBS’ “The American Family” website, for the television series airing on KPBS, starring Edward James Olmos.

Some of her hobbies include: Photography, Golfing and Skeet & Indoor Shooting. 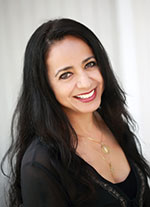